We are living in a time where the ageing population is growing steadily. The number of adults over the age of 70 years old is expected to grow significantly in the coming years, which will consequently put more pressure on our healthcare systems.

This is a huge challenge all over the world. It highlights the importance of discovering and researching new ways of treating and preventing age-related ailments.

In this article, we will look at some of the reasons why CBD could be used for conditions such as dementia.

Firstly, what is dementia?

Dementia is not a disease on its own. Instead it is an umbrella term used to define a group of symptoms that can affect everyday tasks. Such tasks can include memory, communication, judgment, and visual perceptions, along with abilities that are an innate part of our personalities. That’s why dementia is so often used to describe any drastic personality changes that occur in people as they age.

Any one of us can fall victim to the condition of dementia, but it differs in severity and the speed at which it progresses. Generally, there are three stages of dementia: mild, moderate, and severe. However, as the condition advances, symptoms become more and more pronounced.

Symptoms of dementia in the mild stage may manifest itself just a few lapses in memory. This can happen to any of us, especially as we get older, which is why the condition may not be identified at first.

However, when daily tasks become more difficult to complete; when it becomes harder for a person to recall information, or when an elderly person’s personality changes for the worse this is when dementia is often diagnosed.

During this middle stage, the patient often starts to lose some of their independence, which can be very disheartening for both themselves and their loved ones to witness.

At this point symptoms have significantly advanced. A patient may have trouble communicating and or have a loss of short- and long-term memory.

Personality changes are almost always pronounced, with some people even reverting to their child-like self as this is the last self that they remember. At this stage, a dementia patient will require extensive care, often 24 hours/day.

With this insight into the progression of dementia, it will come as no surprise that many dementia sufferers become very depressed. Whilst there are many causes of dementia, such as strokes, trauma, or other diseases, the one similarity that all types of dementia have in common is a bodily imbalance.

When our bodies are imbalanced because of either an unhealthy diet, disease, or poor lifestyle choices, our cells are at risk of becoming damaged. This is due to an accumulation of inflammatory chemicals in the body.

Are there inflammation qualities that tie dementia and depression and CBD together?

When we feel depressed, our bodies activate a type of self-defence. It can sense that something is out of balance and will try to fix it.

It does this by activating macrophages in the blood and microglia in the brain. These are cells that support the immune and nervous systems. However, such cells also release a large amount of cortisol and pro-inflammatory cytokines into the bloodstream. Unfortunately, this can cause two things within our bodies: inflammations and stress.

When our bodies become stressed and inflamed, they shut down. This is because cortisol blocks the body’s natural ability to transform protein into energy. It also prevents a steady airflow to neuronal networks within our brains. When these normal functions are barred from working properly, a build-up of toxins can occur in the body, which, in itself, can lead to neurodegeneration (cell death in the nervous system).

Because of the negative effects of high cortisol and cytokines levels, many scientists have suggested that depression may be an early manifestation of dementia.

So where does CBD come into all of this and could it help with dementia?

First off, sadly there is no cure for dementia, there is also no research that indicates that CBD can help ease the symptoms or even slow the progression of the condition.

However, CBD has a multitude of beneficial properties and we will look at how this could be useful in relation to dementia related diseases.

CBD is an anti-inflammatory

Scientists believe that inflammation and dementia could be linked. As a result, the fact that CBD is an anti-inflammatory could be an exciting development when studying potential prevention resources of the disease.

Dementia is believed by many to be caused by inflammations in the brain. This is why the anti-inflammatory properties of CBD are so important. When the body detects inflammation, it releases oxygen to reduce it. This increased amount of oxygen, particularly in the brain, causes cells to die quicker. As a result, the inflammation caused by depression can be the cause of brain cell destruction, thus leading to dementia.

Further research is needed, but many believe that CBD is able to stimulate the growth of brain tissue. Thereby not only helping slow the disease but also reversing and preventing the negative impacts of dementia and depression on a person’s cognitive abilities.

CBD could be beneficial for a better blood flow

Research indicates that the activation of CB2 receptors, which CBD is able to do, could recover good blood flow to the brain. For more information on how the CBD interacts with our bodies receptors click here.

This could increase brain cell activity and potentially reduce the damage. As a result, CBD could positively reduce affiliations such as tremors, along with enabling a better night’s sleep, symptoms that are both associated with dementia.

CBD could act as a brain protector?

The ability CBD has to reduce inflammation and oxidative stress is the reason for its strong neuroprotective properties. It can not only help stop the damage and death of brain cells caused by dementia or depression, but studies also show that CBD can help repair damaged areas of the brain.

Further to that, it is also thought to work as a brain stimulant by increasing blood flow to the brain, enabling the growth of brain tissue. Thus, reducing the decline in memory and other cognitive functions.

As we have discussed; the protective, antioxidative, anti-inflammatory and brain cell stimulating abilities of CBD are what makes it such an exciting and promising compound for people suffering from dementia.

Whilst more research is needed, CBD could potentially help to activate and recover areas of the brain that were thought lost. Moreover, CBD can help reduce stress and anxiety, which can present themselves as both symptoms of dementia and as well as assisting natural responses to the progression of the condition.

Another additional benefit is that CBD has been shown to have few side effects and is completely safe to us. This was cemented by the WHO just last year.

CBD could be a safe, simple, and compassionate treatment option to manage dementia. This is needed now more than ever, as most of the world’s population is reaching an age where the condition is more common. CBD could offer an ideal alternative to the common treatment options of age-related diseases.

As a last note, we do recommend that you visit your GP for a talk before you begin using CBD for the first time. We especially recommend this for the elderly, as CBD can affect the uptake of other medicines, both positively and negatively. However, if you do not take any medicines, then a daily dose of CBD is highly likely to do you good.

CBD is sold as a food supplement, and as a result, it’s illegal to claim it treats, prevents, or helps cure an illness or disease. No health claims have been made in this article.

Our top picks of CBD products around the UK

We will only post products that we have tried and tested and that we feel are the best around. 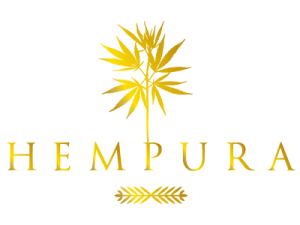